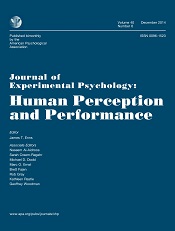 In identifying and accessing lexical items while comprehending text, readers must rapidly select a word from visually similar words before integrating it into a sentence. It has been proposed that readers are likely to misperceive a low frequency word as a highly frequent orthographically similar alternative, particularly when the alternative is supported by previous context (Perea & Pollatsek, 1998; Pollatsek et al., 1999; Slattery, 2009; Gregg & Inhoff, 2016). In such cases, the misperception may not be corrected until the reader encounters incongruent information. However, many of these studies place incongruent text directly after the critical word, confounding whether readers regress backwards in text to resolve their misperception or to halt forward text progression in order resolve a lexical level conflict between the word form and its competitor. In three eye tracking while reading experiments, we adapted materials from previous studies to include a post-critical spillover region to address this possibility. Two of these experiments were designed to permit an ex-Gaussian analysis of the distribution of first pass reading prior to disambiguating information. The evidence suggests that post-lexical competition-inhibition between orthographically similar forms can delay forward movement of the eyes as a competitor is inhibited. The possibility that misperception and post-lexical competition-inhibition arise from the same set of mechanisms is discussed.